UPDATE: We are gathering in person for worship on Sunday mornings at 10am.

We will continue to stream the gatherings online for those who aren't ready to attend in person. We are asking all in attendance to wear masks as a matter of loving our neighbors. You can also stay up to speed on announcements and submit prayer requests as well as submit and meet needs through links on our COVID-19 update page.

Asian Christian Academy was established in 1975 in India to give seminary level training to men and women in the Indian subcontinent and beyond, to prepare them for Christian ministry. Through the years, the Asian Christian Academy (ACA) has expanded its vision and developed into a more holistic ministry, adding a Christian high school (2700 students), orphanage (30 children), hospital (30 bed) and Mission Department (24 church planters). For more information about the ministry of ACA, visit their website at www.acaindia.org.

We're partnering with ACA to help encourage and equip their seminary students and pastors on an annual basis, to help them plant churches, and to procure support for their church planters through local churches in the U.S. who share our passion to play a part in global discipleship and church multiplication.

We have been given the joy and privilege of partnering with Benjamin and Miriam George. Benjamin serves ACA as Missions Director and is a pastor of a local church in India. 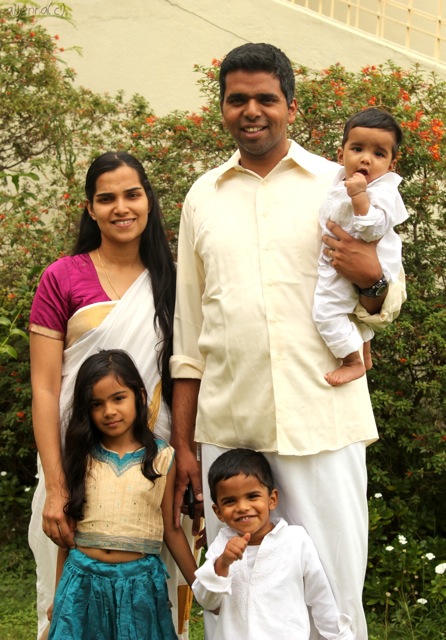 Benjamin was born in Dallas TX, the second son of a missionary couple who moved back to India in 1985 along with his older brother and younger sister. He came to believe in the gospel and put his faith in the Lord Jesus for his salvation when he was seven years old. He grew up in India until he finished high school, after which he returned to the U.S. and studied Mechanical Engineering at Texas A&M University. After graduating he worked in Houston and Connecticut for a few years when he felt the Lord calling him to serve Him in India.

After returning to India a couple of years later he got married to his wonderful wife Miriam (arranged marriage!) and during the course of the next 9 years he completed his Masters in Theology degree and began working at the missions department at ACA as their Director of Church Planting.

If you would like more information about the ministry of ACA or about the George's work in India and how you can be a part of praying for them and supporting them financially, please contact us and let us know!